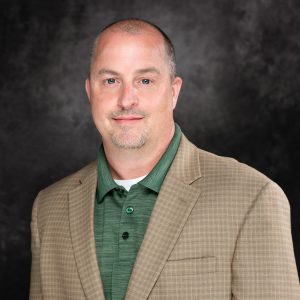 Dominic began working at VEC in 1990 as a freshman in high school part time and then full-time upon graduating from high school. He then was accepted to the IBEW local union 573 electrician apprenticeship in 1997 and received his certification and journeyman wireman card in 2002. Dominic spent time in the field working on various projects for VEC until 2007. In 2007, Dominic led VEC’s Service Department and was a Project Manager on other projects. In 2009, Dominic took on the role of Business Development Manager for VEC, Inc. In this role, he helped VEC grow in all capacities and during this time, VEC transitioned from an electrical contractor to a total solutions provider on many projects for many clients providing civil, mechanical, electrical and fabrication services to a variety of industries.

In 2015, he was promoted to Executive Vice President of Client Services which includes estimating, business development, subcontractor management, marketing, Civil & Infrastructure Division and Power Division. Dominic is also a member of VEC’s Board of Directors.  Dominic is an avid outdoorsman who enjoys hunting, fishing, and camping in his RV. Dominic resides at home with his daughter Mackenzie and his fiancé Jessica.